Everyone loves to listen to music throughout the day for various purposes. The most common method of listening to music is by using you 3.5MM headphone jack headphones or earphones. What would you do if your headphone jack stopped working? Can it be repaired?

The answer is yes, it can be repaired. It will depend on the severity of the damage and how much effort you are willing to put into fixing it. There is not a single method to repair your headphone jack so you can choose the method that’s easy for you and that suits you the most. The best method is to buy a jack replacement and replace it on the go.

You can find the tools to fix your headphone jack just at home if the jack is not severely damaged. If you need to fix your jack professionally than make sure that you have gathered the following tools:

How to Fix Headphone Jack

The first step is to cut the old headphone jack off using wire cutter. This can be a little difficult so make sure that you are careful with it. If you do not have wire cutter, then use a sharp knife to cut it off. But use of knife could be dangerous if you’re not using the safety gloves and glasses. Cutting the headphone jacks seems to be easy but in fact it isn’t as easy as it seems. Some people might damage the entire wire while cutting the headphone jack so be careful while performing this step.

Flattening the wires is more easy than the previous step as it doesn’t requires too much sensitive work. To proceed with this step, simply apply a little bit of force with a screwdriver on the wires or twist the wires with you fingers to flatten them.

Now it’s time to solder the wires. For this, you will need a soldering iron and some soldering wax. The wax is used to protect the metal while soldering it so make sure that you have applied it on all the parts where you have soldered the wires.

See also  How To Turn Off Headphone Safety On iPhone

Step 5: Taping Up The Headphone Jack

We have come to the end of this article and we hope that you have found it helpful. If you follow the steps given in this article, then you will be able to fix your headphones jack by yourself. If you’re still facing some problems while doing so, then feel free to ask us in the comments section below. 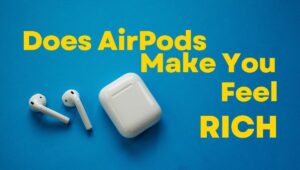 Does Having AirPods Make You Rich 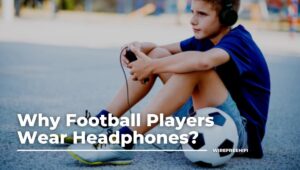 Why Do Football Players Wear Headphones